Hug it Out! How Hugs & Touch Increase Health and Happiness

We can all vouch for the fact that a hug from a loved one sure feels good! But aside from the momentary delight, did you know that hugs can improve our health and happiness levels in a very real way?

Part of the scientific explanation for the warm fuzzies we experience as the giver or receiver of a good hug can be credited to the touch trifecta of oxytocin, dopamine and serotonin. As a result of hugging, dopamine, a hormone commonly lacking in the brains of those who deal with depression and mood disorders, is released in the brain along with oxytocin, often referred to as the “love hormone,” while serotonin, commonly known as the happiness hormone, is released into the bloodstream.

These heavy hitters of happiness aren’t limited to enhancing only our mood, but benefit our bods, too.  The presence of serotonin in the blood stream can actually lessen the chances of suffering from migraines and Parkinson’s disease. And while oxytocin, commonly called the “cuddle” hormone, plays a role in mother-child bonding, relaxation, trust and psychological stability, it also lowers blood pressure and cortisol levels.

A University of North Carolina study showed that women who get more hugs have not only lower blood pressure, but also lower heart rates. The University of California’s School of Public Health found that touch can even save lives – eye contact and a pat on the back from a doctor actually boosted survival rates in patients with complex diseases!

And it’s not just life-threatening illnesses that are positively affected by human touch. Remember when you were sick or hurt as a kid and part of the treatment included hugs from Mom? Turns out that those hugs released endorphins which are known to block pain pathways and increase circulation to the affected area to soothe it.

We can even count on the therapeutic power of touch to avoid getting sick in the first place. Hugs strengthen and enhance our immune systems by relieving stress and decreasing the release of the stress hormone cortisol, which hampers the immune system.  So, getting a hug after an argument or before a big meeting won’t only help you with your emotional health, but will also make you less likely to catch the next office bug! A study done at Carnegie Mellon University showed that those who have better social support and more hugs were less likely to get sick. Those who did get sick and were given hugs had milder symptoms than those who didn’t have the social support.

Last, but not least, hugging benefits our nervous system, because we have tiny sensors on your skin that light up when we’re hugged, triggering a response from the parasympathetic nervous system, which helps balance the nervous system leaving us feeling calm and happy! One of the best things we can do if we’re stressing out is to go get ourselves a hug!

At the end of the day hugs are great for our body and mind, so let’s get out there and make the world a happier, healthier and huggier place! 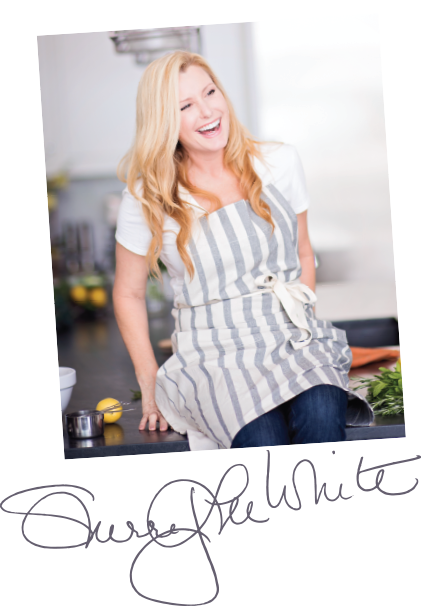 Founder and CEO of Trulee Foods, Sherry Lee White speaks, blogs and contributes to national publications on the topics of mind-body and food-mood relationships as well as other aspects of wellness.

Latest from the Blog

Bring Some Love and Bliss to Your Inbox